in web I have found that I should run build-ndk in home folder of app sources.

So, why does the building / comiling is not working ??
I have build succesfull Threema and Matrix client. All working fine. So I think it’s not an issue on my build environment

have you built deltachat core? you need rustup installed and some rust targets installed (for the 4 architectures android could have)

You could probably skip the architectures that are not your phone, that would result in a smaller apk, but you can then only run it on phones with that specific processor architecture

note: run with RUST_BACKTRACE=1 environment variable to display a backtrace

have you built deltachat core?

in the build instructions is nothing about building deltachat core

install the build stuff for openssl on your OS maybe?

in the build instructions is nothing about building deltachat core

readme in the android repo:

After that, call ./ndk-make.sh in the root directory to build core-rust. Afterwards run the project in Android Studio. The project requires API 25. 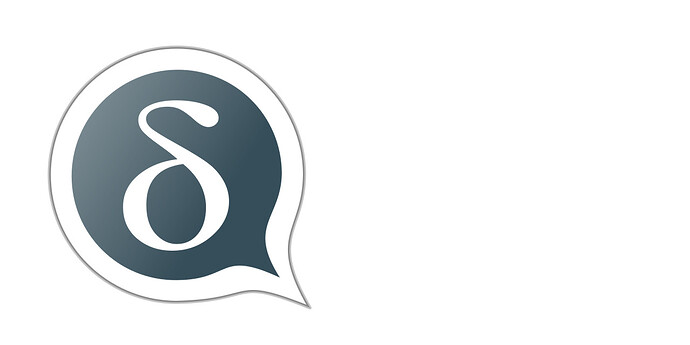 Email-based instant messaging for Android. Contribute to deltachat/deltachat-android development by creating an account on GitHub.

And I’m running into my new issue when trying the ndk-make.sh, as I have written before

yes you probably need the openssl header files, how to install them depends on the OS you are using

Ok the error says something about clang missing, if you have all the required rust targets (scripts/install-toolchains.sh) then my next guess would be that $ANDROID_NDK_ROOT or an other env var is not set correctly

The script was running successful.

I think this first error is the problem, but I can’t find a working solution

complete error you will find here https://leos-gsi.de/downloads/miscellaneous/error.txt
(sorry, I’m not allowed to attach a file here

armv7a-linux-androideabi16-clang: not found, so I assume your NDK stuff is not setup properly.

(I’m one of the Android developers)

Yes, as you can see in my first post, I have followed it step by step. And yes, Install Build Environment I have also done. I wont make my own Version so I need to build with Android Studio.

Now I stuck at this error when running
error occurred: Failed to find tool. Is arm-linux-androideabi-ar installed?

I think I will give up. I have invested hours and hours to get it running, but running into one error after the other.

it’s sad, because it would be nice to have it included in my ungoogled LeOS-GSi.
./ndk-make.sh

This sounds a bit like you didn’t run ./sripts/install-toolchains.sh (but could have other reasons I don’t know of course).

In any case, if you manage to install Docker or Podman (or even already have it installed), the instructions at “Build Using Dockerfile” are generally less error-prone than the ones at “Install Build Environment (without Docker or Podman)”

I have build succesfull Threema and Matrix client. All working fine. So I think it’s not an issue on my build environment

Yes, building Threema and Matrix is easier since you don’t have to compile some Rust code first and

All of the build instructions in the Readme are about dc core except for some lonely lines ("./gradlew assembleDebug", “Afterwards run the project in Android Studio.”)

Important: You do need to follow the instructions at GitHub - deltachat/deltachat-android: Email-based instant messaging for Android. even if you managed to build other apps before. The build instructions are specific to DeltaChat since we have a Rust core, and it’s not sufficient to have a build environment that can build Android apps.

in the building instruction is no single word that I have to build the dc core !!!
So, shall I only run cargo build inside the dc core folder ??? Or what have I to do ??

In any case, if you manage to install Docker or Podma

I hate docker. And once more: I want to change a bit in sources, so docker is not usable

This sounds a bit like you didn’t run ./sripts/install-toolchains.s

Important: You do need to follow the instructions at GitHub - deltachat/deltachat-android: Email-based instant messaging for Android. 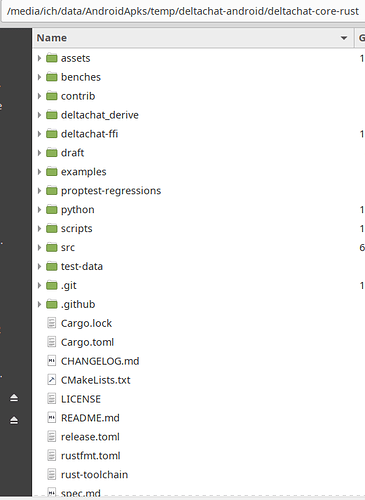 I have made a complete new start. You can see the log here ZeroBin.net

Dockerfile currently uses Android NDK 22.1.7171670 and inside docker the instruction works. Maybe there is an incompatibility with newer NDK since we have not updated it.

So, shall I only run cargo build inside the dc core folder ??? Or what have I to do ??

No, ndk-make.sh does this for you.

I hate docker. And once more: I want to change a bit in sources, so docker is not usable

You can change the sources just fine also if you build with Docker/Podman (the current working directory will be mapped into the container, so that only the building stuff is in the container, the source code can be edited as always)

My intuition was wrong, then

wow, very old. OK, I will try with that NDK