How do I use Delta Chat to make calls and video calls?

meta (metta)
Just to give inspirations not binding to additional things… it works fine to use the sending of voice records and it’s not much a problem to attach videos. Else would depend much on additional debts and others would need to go into them as well for hosting ones transfers. Some of such things are often problematic in regard of even telecommunication laws. Even one might be able to bear additional debts, others may not and get hopeless caught.

As for more integrated calls, see discussion at

Delta Chat currently has integration with Jitsi Meet and basicWebRTC. I did an experiment inspired by Serverless WebRTC: https://git.sr.ht/~link2xt/webrtc-clipboard-call It is basically the same but the code is written from scratch without all the cruft required to support older browsers. All the code is in ~200 lines long index.tsx. I wrote this at the time when we explored various approaches to WebRTC calls for DC, as a proof of concept. Instead of clipboard, SDP can be exchanged via email.…

Finally, I see voice/video calls as critically important functionality. I gather that it current just sends a link to whatever service is defined by the user?

Yes, currently the implementation just sends the link. There is also experimental more integrated support for basicWebRTC server in desktop, currently it’s disabled in 1.15 series, but there is a working prototype of accepting the calls from within desktop app. As for truly integrated 1:1 WebRTC calls, it should be technically possible. I did some experiments at ~link2xt/webrtc-clipboard-call - sourcehut git, establishing a WebRTC call requires exchanging only two emails, but you need a separate external TURN server to bypass NATs, which email providers do not provide. Overall, current WebRTC implementation is not yet as good as it can be. The best thing we can do short-term is providing an integrated Docker setup (here is a setup I use for local testing on Raspberry Pi: GitHub - deltachat/docker-mailadm: Local testing environment for Delta Chat based on mailadm (https://github.com/deltachat/mailadm)) for self-hosted small email providers, with a TURN server and basicWebRTC installed and preconfigured for new accounts. NAT bypass is the main problem of decentralized setups and one of the reasons Matrix integrates Jitsi Meet with a whole web server behind it as a widget.

May I ask why https://meet.jit.si/$ROOM is not set as default with a fresh installation (of the Android app)?

Because it’s the obvious choice (if not having an alternative), but as I have just seen, on v1.14.5 the option Video chat instance is not configured by default.

Delta Chat does not to rely on any servers out of the box. The only exception is the Thunderbird autoconfig database which is only used during autoconfiguration as a fallback if provider is not found in the built-in database and does not provide its own autoconfig XML. It should be imported into built-in provider database at some point too.

Another exception is Mapbox tile servers, but this feature is still considered experimental and disabled by default. Delta Chat also opts out of data collection by Mapbox, but technically Mapbox may still obtain some data, so switching to offline OpenStreetMap maps using some OSM library or Peermaps renderer is likely needed before it can enabled by default.

Delta Chat does not to rely on any servers out of the box.

I understand, but it would have been nice if https://meet.jit.si/$ROOM were set by default nonetheless, so that there is something present to start with, because with the present state one has no other choice than to explain to the other party what to configure to make it work. So it’s actually no out-of-the-box experience right now.

First I though the $ROOM addition is necessary for getting a random room name assigned each time a Video chat is initated, but it does the same with https://meet.jit.si as well.

As said, the text above the entry field for the URL shows https://meet.jit.si/$ROOM as example, and I wondering what possible ways there are to add a Jitsi Meet URL.

$NOROOM was added in this thread to support Webex:

As I understand GitHub your change has been approved and merged already. Because it is in the core, it should worke in alle clients. I append $NOROOM and therefore nothing will be added to the URL. Is that correct? Anything I forgot? Anything more I have to do, other then testing?

Ahem, why would anyone want to use Cisco Webex?

I guess there is no such easy way to just use a self-hosted Nextcloud instance with the Nextcloud Talk app for that?

Because there are so many instances to choose from here.
This is a list of some instances: 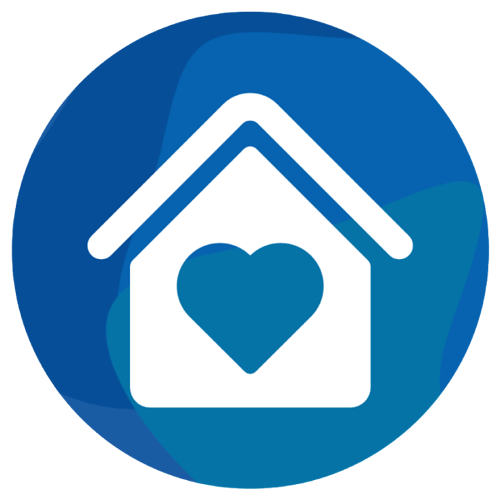 Because there are so many instances to choose from here.

Your answer relates to “many instances” of Jitsi servers, but that wasn’t the question.

Of course there are a lot of option when going for Jitsi, and you can choose whichever server you want, but it would have been nice if one (or with a drop-down list + optional entry field) would have been set as the default for a new app installation simply because right now that option is not configured at all, which means Video calls are not working out-of-the-box and I first have to explain to the other party (who may not be that technically gifted) what to do in the advanced options to make it work. That’s just not a good 1st user experience.

Even better, why not use something like jitsi.random-redirect.de which redirects to a random server as the default setting?