Delta chat appimage 1.22.2 does not start 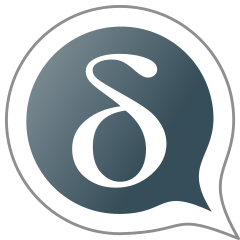 downloaded delta chat appimage and marked executable. Program does not
start.
Thanks.

can you try to open it with the teminal?

command line path to DeltaChat-1.22.2.AppImage returns
several pieces of information. And I do not know if for
privacy reasons I can display them here. Partly
it says The SUID sandbox helper binary was found, but is not configured correctly. Rather than run without sandboxing I’m aborting now. And
it says something about chrome-sandbox maybe is not owned
by root. So starting delta chat in command line does
not work either.

maybe use the .deb instead?

also there is the possibility of starting the appimage with --no-sandbox or changing a kernel setting:

Maybe we could do things to improve this in the future, but I’m not sure if disabling sandboxing on appimages in general would be the right call.
Another option would be if we can detect this on startup to show the user an error message about this in a dialog.

Now I made the following test. I downloaded delta chat
1.26.0 appimage on a debian 10 and 11 computer. On debian
11 it runs. On debian 10 it does not. Can you verify that?
https://docs.appimage.org/reference/best-practices.html?highlight=practice#binaries-compiled-on-old-enough-base-system
Can you tell if the delta chat 1.26.0 appimage is
compiled on a newer system than debian 10? If so,
that could also be a reason why it will not run on
debian 10?

what does the terminal say? is there a reason shown?