Thank you! I appreciate the work of all contributors. Really a very good app but needs more promotion.

There is a problem with the translation: the days in the bubbles are in english, the hours in the local language.
1.25.1 appimage 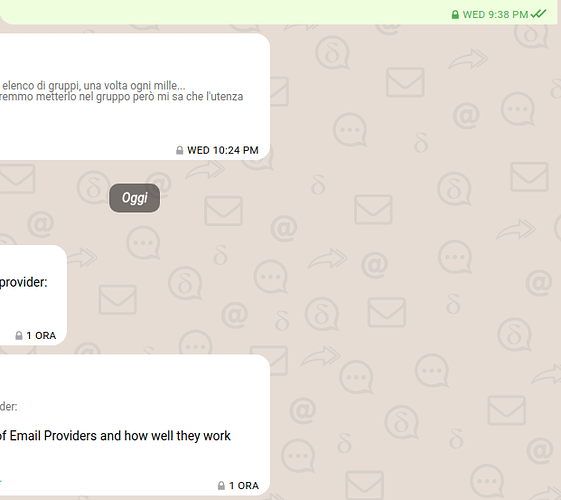 Re-setting the language the problem is solved

Of course, the mail providers will not send much and often, but for a small number of participants, the function is very useful, thanks to the developers!

for the new “broadcast feature” as on android, i think, sooner or later that will arrive in desktop as well. however, as it is still experimental on android, and some things need to be settled, it may take some more time. it often makes sense to draft a new feature on one system only - otherwise, changes need to be done everywhere.

Today I updated to DC version 1.26.0 via flatpak in debian sid/unstable and I noticed that the tray icon doesn’t work, on the same system I also installed version 1.25.2 via .deb and the tray icon works perfectly, maybe a regression?

It seems that now the icon works properly reporting the presence of unread messages, it may be that it was a cache problem. However the icon of the flatpak version is more blurred than the one of the .deb version:

on the left the .deb version and on the right the flatpak one